DAD KEPT HIS PROMISE TO HER

Not coached like me to sermonize
My father spoke the finest
Words, summoned from his life with her,
She lay unable now to answer, not needing to
He knew, and he intuited his time was short,
So aptly and prophetically he spoke his love,
His promise took our breaths away,
We, his loved ones in support
Now needing some assistance
As he kissed her still cold face and said,
"I'll see you soon sweetheart."
Six months passed and he content
With children and grandchildren
And he with life well lived and nothing more to keep him
Woke where his promise was fulfilled
And where his Maker's promise led.

A STORY DELIVERED BY A HUMAN VOICE

I lament for many children & youth who have not been enchanted by a piece of writing delivered by a human voice. Mine is a voice of experience, a nine-year-old voice. "I'm going to the library," I shout back to my friend who asks, "Where are you going?" It's Saturday and I'm on my bike heading to the public library. I call again, "Get your jacket and hop on your bike, I'll wait." "Next time," he shouts back. I arrive and head for the stacks. I know my way around. The staff knows me. They smile. I select adventures of several genres, westerns, space travel, sports, and biography. I sit on the floor reading. Waiting for ten o'clock. A chime sounds and I move. A librarian opens the reading room door and fifteen of us grab a chair. Eager. She reads. Doesn't matter what the story line is. We clap thanks for her and I check out my four books, treasures they are and home again. And for the week, when I'm not outside, I'm often nose in a book, glued to a plot. Television? What's that? Screen time? Internet?
Posted by Ron at 4:05 PM No comments: Links to this post

WALKING EACH OTHER HOME

Walking Each Other Home

Christine and I have stepped off seven plus decades of time while we have inhabited earth. Our cadence was distinct and independent through our first two decades of life and then we met. Immediately we found a rhythm, a shared stride while dating at college. That uniform gait breezed us effortlessly past other sidewalkers to graduation and marriage. In unison we strode our way through unfamiliar terrain illuminated by faith in One who prescribes our steps. Came work. Came babies. Came Joys. Came hardships. Mutual trust was fundamental to our ongoing unified pace. Not easy for her to walk with a flawed partner for whom perfection was imperative. Not easy for me to recognize the defects in my own march. I didn't see. Not then. I didn't see that she walked to my beat. Always. I didn't see. She was entitled to tramp her own trail. So gifted she was that her own walk could have taken her farther. I didn't see. A trail not separate from but conjoint with mine. That even so we could have trekked together. She was patient. I didn't see and my culture didn't teach me. Exceedingly patient, she. Along our dual journey it was I who received an honour here, a recognition there. And she was always glad for me. Yet she should have been applauded. She deserves such celebration still. Wondrous person, she, I have sensed for a long time, that though we walk together, it is she who sets the pace. Challenges appear as time goes on and while our pace slows down, we each are content in knowing that we are walking each other home.

She will need to forgive me for doing this. No, I’ll need her forgiveness. She doesn’t care for attention, doesn’t need it, not from me, but how else can I celebrate the experience she gave me to be a dad, her dad, and she was my first child, my parents’ first grandchild.

Why shouldn’t I be reflective today. She is 50 today. I mean she is 50 years of age as of today, and I mean my girl, my daughter. Carinne May Unruh she was named the day that she arrived. “Carinne,' because Christine and I had played with names and sounds and enjoyed this one. We anticipated that we and others would eventually call her Cari. “May”was Christine’s mother’s name, and Christine herself was Christine Frances May Langlois. It honoured Grandma Langlois that Carinne would carry her name as well.

Cari arrived after hours of Christine’s personal birthing agonies that I as a husband could not share. I mean prospective dads were not allowed to be with their wives in those years. This was Mississauga General Hospital, fairly new and one would think modern, but traditional policies carried on. I could pop in briefly to feebly commiserate with Christine from time to time, that was it. No dads in the delivery room. So I waited with other men for word that our babies had been born. It seemed that one by one, doctors arrived with a baby to show a dad. From a distance I could see babies with black hair, brown hair, auburn hair and skin tones, black, brown, and tan.  Then one by one the men left the waiting room and I remained. Christine was having a very difficult time. At last our doctor was at the door with a bundled baby in his hands to show me. He was smiling. I jumped up and came close to this small pinkish girl’s face, tiny nose and mouth with a head full of one inch high fuzzy white spiked hair. My heart said, “Of course, she is ours, look at her ... oh she’s beautiful.” And looking back at me from that lovely small face were these soft, blue eyes.” Blue eyes !! Christine has the most entrancing dark brown eyes. My eyes are hazel brown. But my mom had blue eyes, and my brother Murray, the child my mom loved most. Christine’s family enjoyed blue eyes.

A day later, my mom and dad arrived at the hospital. By this time Carinne was one of the many babies bundled in small cribs in a show room behind a large curtain. At show time, the curtain was pulled back and as a family arrived and came to the window, a nurse would wheel the related baby to the window for viewing as long as the family liked. Some babies were crying and some never stopped. Among all the bundles one was clearly distinguishable as the ‘Unruh’ baby, because only from her blanket did the soft spiky white hair protrude. She didn’t cry. My dad went to the window, and I accompanied him. Cari was brought to the window, and I remember my father’s face and his eyes filled with admiration and delight. His own life had brought him to this point, from childhood in a prairie town, to marriage, to the RCAF during WWII, and to fatherhood and hard work in a factory, and now to a moment when as a new grandfather, he was gazing at a wonder. And blues eyes stared back at him.


Cari was two years and a bit in this pic ... and she was spending her last day as a 49 year old yesterday in this pic, 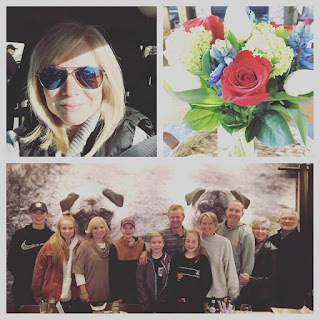 Posted by Ron at 2:32 PM No comments: Links to this post

PIVOTING ON A DECISION - going to Rwanda 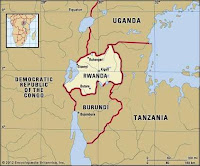 In mid December I was invited to consider joining a group of eight people who will travel in mid-January to Rwanda to share faith in Christ. In brief, groundwork has already been laid there for these eight people, each to have a translator and one other person accompany them to visit in family homes to share with residents how one can have a personal relationship with Jesus Christ that results in the forgiveness of sin and a new way of living life by faith. The purpose is multi-fold, to bring people to saving faith in Christ, to train people to share faith, to establish a followup discipleship program for respondents. This is a help, and it becomes an investment in local Rwandan churches where there is risk.

An apology was extended to me for what was short notice for me, since I was required to raise my own funds for the trip. I needed to ascertain my own interest in such a venture and to consider my age, my physical and financial resources. I needed to face my fears and concerns. I took several days to determine my choice. And although I composed a letter with which to respond to the person who invited me, I also wrote a poem to help myself through the process of coming to a decision. Here is what I wrote.

PIVOTING ON A DECISION

I tangle between fear and faith
With a decision I must make
So little time to ponder
Yet with years enough to make me wise.

At my current age, health and means,
Enthusiasm yields to caution that's untimely
Since only days remain in which to choose
An action that may lead to life or death.

The life or death equation is not my own
But that of whomever waits a day's flight from here
To whom I might go to share good news
That leads from death to life.

Fear derives from details over which I have no control.
Faith rests in One for whom all things are possible.
Does plunging headlong into ignored truths
Equate with faith? I ask myself.
Must I discount age, health and means to evidence my faith?
Or might faith inform me that I should stay,
That I should pray for those who go?
Such is the tangle of my thoughts.

Good news is appropriate for me to share
Not only there but here.
If I choose by faith not to go, the One will still deliver
Life-giving news in that distant place,
And those to whom I might have gone
Will meet me when One brings us home.

Posted by Ron at 8:11 AM No comments: Links to this post